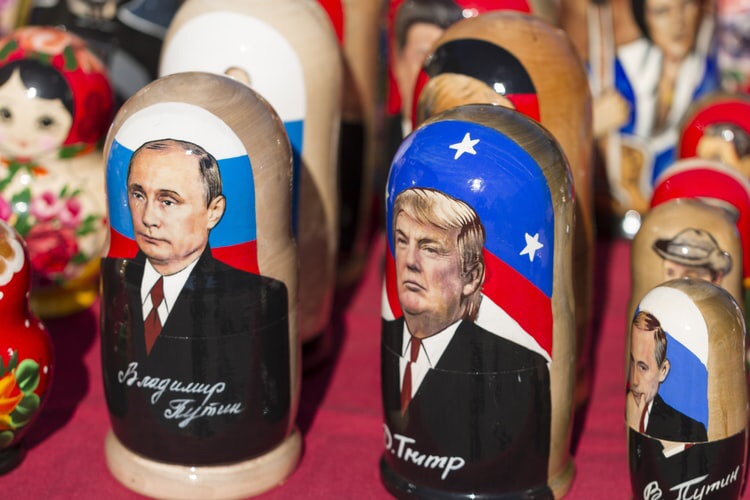 “”I don’t see a recession,” [Trump] told reporters later on Sunday before leaving his private golf club in Bedminster, N.J., for Washington. But he added that if the economy slowed down, “it would be because I have to take on China and some other countries,” singling out the European Union as among those treating the United States “very badly.”

The president’s broadsides follow a long pattern of conspiratorial thinking. He has claimed, without evidence, that undocumented immigrants cast millions of ballots, costing him the popular vote in the 2016 election. During the campaign, he predicted that the system might prove to be “rigged” if he did not win. He conjured up a “deep state” conspiracy within the government to thwart his election and, more recently, his agenda. And he has said reporters are trying to harm him with pictures of empty seats at his rallies.

The attacks come as the economy has begun flashing some warning signs, despite unemployment near historic lows and relatively high marks by voters on Mr. Trump’s economic stewardship. Global growth has been slowing. Last week, stock markets plunged as the yield on the 10-year Treasury note briefly fell below that of the two-year Treasury note, an unusual situation known as an inversion of the yield curve that is considered one of the most reliable leading indicators of recession in the United States.” - The New York Times, Maggie Haberman, Aug. 18, 2019

I enjoy The Times reporting on Trump. They don’t put up with his lies and distortion attempts. In one article recently, they explained how what he does probably will have the opposite effect of what he says it will. Everything from the China trade war to pressuring Iran and pulling out of international treaties.

To participate in the discussion, you must first become a member. It is quick, simple and free. The membership gives you access to all our communities.