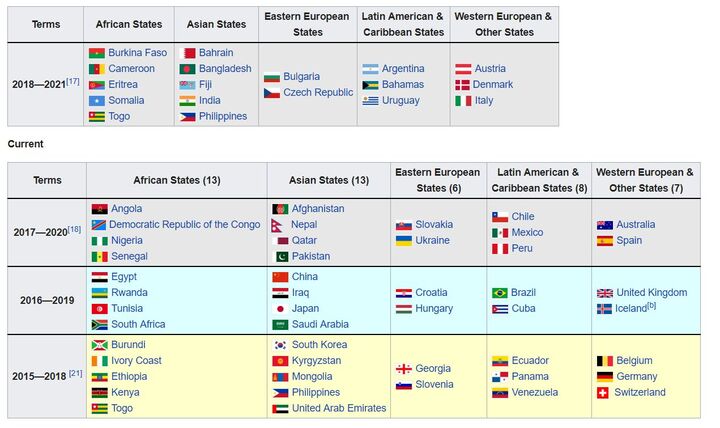 The UN Human Rights Council has often attracted criticism for selecting countries with highly questionable human rights records for prominent positions within the  council.  For this reason he US boycotted the UNHRC during the GW Bush administration.  On June 18 2018 , the US under Trump again announced that it would be pulling our of the UNHRC.  Then US UN Ambassador Nikki Haley had accused it of "chronic anti-Israel bias."  ]"When the Human Rights Council treats Israel worse than North Korea, Iran, and Syria, it is the Council itself that is foolish and unworthy of its name. It is time for the countries who know better to demand changes," Haley said in a statement at the time, pointing to the council's adoption of five resolutions condemning Israel.

Is the US position justified in your  view?

I don't know what five resolutions those were so I can't really say anything about it. In general, though, Israel in my view comes across as overly confrontational with their settlements on the west bank, for someone who wants peace. At the same time the Palestinians aren't without fault in the conflict either. It almost seems both sides are more protective of their land than of their own citizens.

#0: What does the graphics show?

#1 I would agree that there is plenty to complain about re the Israeli treatment of the Palestinians. However over 45% of the country specific condemnations the UNHRC has resolved since it was created in 2006. Is it really plausible that a country of 9m people is responsible for such a high proportion of the world's human rights abuses? The graphic showing the membership of the UNHRC, shows what the Americans and others have seen as the root cause of the ineffectiveness of the UNHRC, the fact that a large percentage of its membership are countries themselves with either terrible records on human rights or endemic corruption or both.

How to deal with this is an extremely difficult problem. If countries are to be excluded, who should decide who is concluded? Should small countries or a couple of million people have the same weight as those with 1bn + people, or those like the US who pay a disproportionate share of the bills?

There are no easy answers. Here is one proto idea : Maybe countries could be graded (but by who?) in the same way that they are assessed financially for their ability to pay debt. AAA, A+, BB- etc down to those countries with "junk bond" status. If a fair and uncorrupt system could be put in place it would provide an important incentive for countries to improve their scores by addressing the areas which are currently dragging down their rating.

#3: I’m sure there must be rankings available for countries human rights compliance. If they are not perfect they can be adjusted as needed.

Does membership in the council have to be based on country? How about making it based on personal merits? Competent people may very well come from countries who’s previous human rights records are poor.

#3 The problem with changing anything at the UN is that the people who currently wield a disproportionate amount of power are very reluctant to give up their advantages. That goes for the Permanent Membership of the Security Council where several countries believe the status of the UK and France is no longer warranted. The position of the smaller countries on the UNHCR is probably protected by China and Russia who far prefer resolutions against Israel than an examination of their own record.

I can imagine that changing power structures in the U.N. is hard. On the other hand, continued membership should be dependent on the track record. Power and responsibility should go hand in hand.

Permanent membership of the security council, in my opinion, also is more bad than good. And the idea of selective countries having veto rights against anything they dislike.